In this series, we’ve been playing with operators in an attempt to make some models for an introduction to algebra that may fit modern kids’ ways of thinking better than some traditional models. 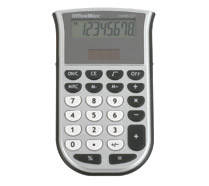 A key entry point for us has been the way that kids are familiar with simple calculators, and such calculators – cheap and plentiful – make it easy to imagine having lots of little boxes around like this:

Such operators, like this “add 2” operator, can be chained together in interesting arrangements, and thinking about those arrangements is really the kind of thinking we often call “algebraic thinking”, even though we avoid almost all of the formulas and vocabulary and the associated pitfalls.

In recent posts, we’ve brought up functions and in the last post we touched on properties.  An example of an operator that gives a property is shown below:

The behavior of this box fits that of a function, according to our discussion in the two prior posts.  Even if we have no idea how to build a box that can make a determination whether the number presented on the input is even or odd, we can still appreciate that each whole number is either even or odd, and whether it is even or odd only depends on the value of the number, and not on the day of the week or the name of the current champion team.

The job of the even/odd function cannot easily be undone, at least not without history being kept.  The whole point of even/odd is that it only reports on one small aspect of the number, only one component of what makes up the number.  This is like taking a person, and then reporting on how tall they are, or how old, or how many cats they have in their household.  These datapoints, which we are calling properties, are by themselves completely insufficient to reconstruct the person.

In the next post, we’ll look more closely at a simplified calculator, and how such a calculator can be modeled with state, buttons, operators, functions and properties.