In the prior post in this series, we looked at the kind of operators typically encountered in school (K-12), whether or not they are called operators.  Many of them are single number input – single number output, but not all.  In this post, I’d like to highlight some operators  that almost nobody thinks of as operators, though one could, and it would be interesting to do so.

We usually think of this as the combined result of a large number of multiplication operations.  But we could think of it as a single operation, like this:

What the diagram shows is an operator (let’s call it “table multiplication”) that takes a column object and a row object, and then it produces the multiplication table we showed above.  The job of this operator is to pair numbers from the column with numbers from the row and find all the pair-wise products.  Let’s try out this operator on different column and row objects and see if this can give us anything interesting. 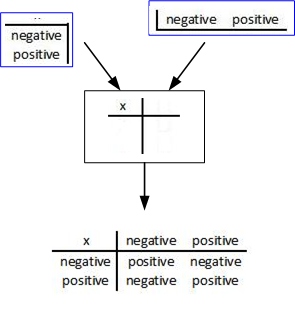 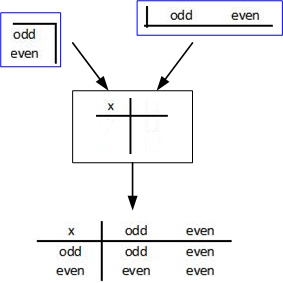 Other examples of familiar situations expressed through unfamiliar operators in subsequent posts.