In this post I want to get started on playing with what’s known as modulo arithmetic, also called modular arithmetic, from our framework of operators and equivalence classes and properties. 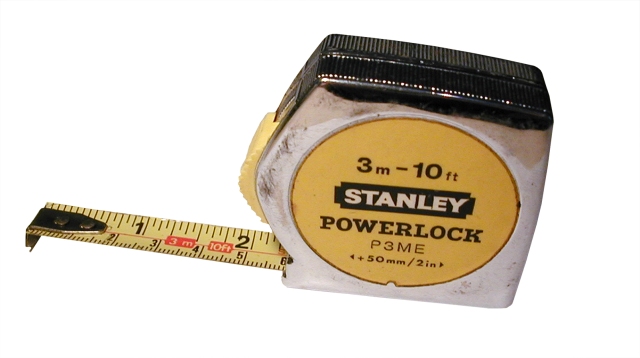 The measuring tapes shown above, whether in inches or centimeters, are essentially number lines also, though they aren’t necessarily straight lines.  If you measure things with them, you probably want to stretch them out to be straight – but if you want to use them for many of the functions you use a number line for, it may be quite sufficient to unroll the tape enough so you can see the numbers you care about.

You could even take a slinky and turn it into a number line.

To do so, you would have to put markings along the rim.  Though the slinky would never be suitable for measuring like a measuring tape, it might serve quite well as a number line.

A sketch of one possible such number line is shown below: 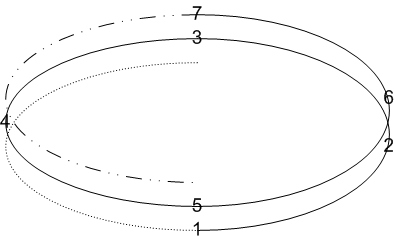 The numbers 1-7 are shown; the slinky extends in both directions, as indicated by dotted lines.  Numbers are shown evenly spaced – in this particular example, precisely 4 whole numbers are placed along each circle.  For example, by the time we get to “5”, we are exactly where “1” was, just slightly above it.

On the slinky number line just sketched, we are going to consider the equivalence classes based on vertical alignment, like this:

Another way of talking about this equivalence is that we consider equivalent all numbers that are 4 apart.  The representatives of these equivalence classes, just like in our earlier posts, are found at the end points of the blue arrows.  So 1, 2, 3 and 4 are the representatives.  There is nothing magical about this particular choice, you can make a very good case for using 0, 1, 2 and 3 as the representatives instead.  We could also have picked -2, -1, 0 and 1.  In a sense, it is too early to argue which make for the best representatives – we haven’t looked at relevant operations yet.

In the next post, we’ll apply this particular equivalence structure to the operations of addition and subtraction.